The night sky is a fantastic sight, stars moving across the sky, twinkling and shining. It feels as if we are related to the stars, they are like watchful grandparents. The stars have been there for millennia, watched by our ancestors and the stars watching back.

Our ancestors wrote stories in the stars even before there was ink or paint. These stories are carried by us today in our constellations, in the stars and planets, in ourselves.

In the northern hemisphere, there are stories in the stars about bears, people , gods. The Greek and Roman traditions tell of Zeus grabbing a bear by its short tail and spinning the bear around and around. Zeus hurls the bear into the sky. In doing so, the bear’s tail is stretched and lengthened. The bear becomes Ursa Major. We have codified that constellation and story into one of the 88 constellations adopted by the International Astronomical Union.

The bear is found in numerous other stories. The Mi’kmaq people of eastern North America tell a story of a bear too. Story here. In this story we see and learn about bears and nature, about the cycles of the seasons and cycles in nature and of life. The story follows the movements of the stars throughout the year, relating the stars above with life on Earth. The story braids knowledge of the sky and the seasons with knowledge of animals and human ethics.

The Cree people tell a similar story (link) as the Mi’kmaq story. The differences between the stories relate to the morals and ethics expressed in the stories. There are different animals as well to the connect the stories to the place where the peoples live. These stories are part of us and the land.

It is telling us something that these star stories of bears are coming from many different peoples around the world. The stories were not learned from European settlers nor did Europeans take the stories from Indigenous peoples. It is possible that the stores evolved for millennia from stories told by peoples migrating tens of thousands of years ago or even longer. Or maybe these stories simply evolved independently with the only connection between the stories being the bear. We don’t know, but we do know that these different stories remind us that we are connected to each other as people and we are connected to place. The stories remind us that as we continue to damage the Earth with pollution, we only damage ourselves.

The North Star intrigues us and guides us. It is a beacon in the night sky for peoples and cultures around the world. Even though the North Star, also called Polaris, is but one star in a sky of millions and billions of other stars Polaris is special. Polaris is a guide star for cosmology, helping astronomers measure the expansion of the Universe.

Polaris is one of the brightest stars in the night sky because it is both a supergiant star and, relatively speaking, close to us. Polaris also does something else, it pulsates. That is, the amount of light we see from the star brightens and dims over a period of about 4 days and this variation repeats over and over. This variation is almost perfectly periodic and we classify Polaris to be one of a type of stars called classical Cepheids.

Classical Cepheids are found throughout our Galaxy and beyond in numerous other galaxies. We find Cepheids as far away as the Virgo (54,000,000 lightyears) and Coma clusters (100 million lightyears). We know that these stars are Cepheids because we see their periodic changes in brightness that is their characteristic ID. All Cepheids pulsate and their periods range from just a few days to more than one hundred days.

The one thing that makes this pulsation really interesting is that the period of variation is relative to how much light a Cepheid emits. That is Cepheids with long periods of tens of days emit more light than Cepheids with short periods of days. This relation was first discovered by Henrietta Swan Leavitt (https://www.amazon.ca/Miss-Leavitts-Stars-George-Johnson/dp/0393051285/ref=sr_1_4?ie=UTF8&qid=1547669838&sr=8-4&keywords=Henrietta+Swan+Leavitt) more than a century ago and we call this relation the Leavitt Law. The Leavitt Law has changed the way we understand astronomy and cosmology. This is because if we can measure the period of pulsation for a Cepheid then we can know how much light the Cepheid is emitting. We can measure how much light we see and if we take these two pieces of information then we can determine just how far away a Cepheid is from us. This makes Cepheids powerful standard candles and Polaris is the closest one to us.

With this success, you might think that Polaris is less important now for the Leavitt Law. But, Polaris continues to be a special Cepheid because we have recorded observations of its variations for about two hundred years. This allows us to watch the pulsation change and evolve. This is a new direction for understanding the Leavitt Law and Cepheids and how our calibrators change over time. Polaris is telling us a story about the Universe and the many connections between us and measuring the expansion of the Universe.

This is a tough question even through it seems so simple. In our daily lives, we see science all around, in cars, medicine, construction, nature. We view it with hope for fighting diseases, climate change, solve the riddles of the Universe and basically improve the lives of people everywhere. At least, that is what we tell ourselves.

Is this science? Maybe at least in part. Science can be one way to pursue those goals. But, science also allowed for the industries that help create our climate crisis, the pollution that contributes to cancer rates, etc. Science is not the moral authority and is also viewed as the mad pursuit of knowledge by power-hungry scientists.

So, what is science, if not a moral authority, is it unbiased and pure? Does science see ethnicity? Is it influenced by culture and dominant ideas?

It is a hard question for me to ask. I work in a university, trying to understand stars and the Universe. I live inside the bubble as it were. But, when I explore history, I see that the modern University is a product of European development via the Enlightenment and can be traced back to lectures by Aristotle and Socrates and other great Greek philosophers. When I read texts, I learn about Newton, Kepler, Copernicus and Galileo, but not the Chinese astronomer Guo Shou Jing and certainly not African astronomers or First Nation astronomers. When I read about the sky, I learn about stars and constellations named from Greek, Latin and Arabic traditions. I learn about Ursa Major but not Muin and the Hunters. I learn about Polaris and Tatapn nor Sky Coyote.

Beyond the university, sciences faces controversy from historical experiments of First nations peoples up to building telescopes on traditional Native land and elsewhere despite the significance of that land to those people. Scientists now denounce the horrors of medical experimentation even though the damage is done. Yet few scientists denounce telescope building in the face of anger from First Nations peoples. Some call protestors “anti-intellectuals” or “creationists” if not more derogatory words. But, this suggests science and its culture is not pure.

All-in-all, science is not for all people and carries no moral authority. I am beginning to see how science (and scientists) can be narrow-minded, that in the vast ocean of possible knowledge, science is but a few drops. However, because we view science as the exploration and not exploitation of the observable Universe, we place those few drops on a pedestal above the rest of the ocean and build walls to prevent any mixing. This belief system has its roots in the Enlightenment, a revolution in European culture and philosophy.

Yet, the Enlightenment spread across the world with Imperialism and colonization. We have no reason to expect the cultures of first peoples to have world views consistent with the Enlightenment or chose science as the way. Marie Battiste (Decolonizing Education: Nourishing the Learning Spirit, 2013, Purich Publishing) notes that “Indigenous science embodies a holistic view of the world in which all human, animal and plant life are perceived as being connected, related and interdependent”. Western science seeks universal laws independent of observer, directly contrasting indigenous science.

Science is biases by culture and society. But, so what? We, the gatekeepers of science, need to be more vigilant and continually reflect on whether our “facts” are based in nature or our world view. We need to become more considerate and listen, intently and openly, to other ideas, step beyond the philosophies of Karl Popper and Thomas Kuhn. We need to ask ‘does our knowledge creation benefit us and harm others and are the axioms upon which that knowledge is derived based on one knowledge system or not.

Science is not universal; it, like most everything in humanity, is cultural and biased by our beliefs. We, as scientists, need to remember that more often. 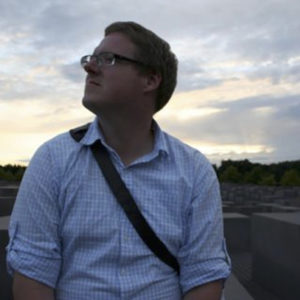 Hi, welcome to the site. I am an astronomer at the University of Toronto (all opinions here are my own only). I work on stellar astrophysics and the evolution of massive stars from their nuclear-burning centers to their surface and winds. I also work in the field of Indigenous astronomy, bring Indigenous knowledge of Universe into the classroom.

Please note the website is a work in progress.